Managed to break my "browse Twitter" twitch on my phone by installing an ePub reader app and just reading books whenever I get the urge to check my phone.

Noticed an influx of Leftist accounts into mastodon.social over the last few days, has Twitter been playing funny buggers with comrades?

My entire Mastodon timeline is now full of "Fuck Nazis" and "Fuck TERFs" and I'm… I'm just so happy you guys.

I am unsure if my new hobby of blocking the account of every promoted tweet I see is effective or actually aiding ad algorithms. Sure is satisfying, though

"When it comes to the overwhelm; the easiest way to solve that is to turn it off. Really just turn it off" - Patrick Rhone in Minimalism: A Documentary About The Important Things

Since around a month ago on the 5th of October I've had myself locked out of Twitter. I achieved this by ensuring that two-factor authentication was turned on, and by asking my friend S to change my password (I actually did the same for her). This way I couldn't log in because I didn't know the password, and if she proved untrustworthy she couldn't log in without access to my phone or email.

I thought my motivations for this were pretty straightforward; less distractions. I'd developed a bit of a Twitter 'twitch', and endlessly scrolling the site or flicking between it and Mastodon was dramatically affecting how much I'd been able to achieve in recent months. I did the same thing when I staged my withdrawal of Facebook I didn't think it was too much of an issue; since I don't have any social media apps on my phone, I can't receive the summons of notifications. Turns out it had permeated my life in a few other ways.

My desire for input and entertainment have decreased

I thought I had a pretty good handle on curating my input. I only subscribe to a few YouTube channels and Podcasts at a time, which I've arrived at from years of striving to understand the form and topics of media that I like to consume. What I hadn't quite landed on was the connection between Twitter / microblogging's rapid-fire, consumable, format and its ability to increase my overall desire for just… input. It's like how my stomach expands whenever I often have too-large portions. The pace and overall serving size of reading Twitter or other microblogging sites just increases my appetite for mindlessly consuming more entertainment.

Really, that's what concerns me the most. I do believe that humans deserve to have a good time, and relish the playfulness that comes with our existence on this planet. Not everything has to be work. I just think that there exists a semantic difference between enjoyment of a playful activity and entertainment. As a phenomenologist at heart, I think that there just might be a difference between an activity being entertaining and the phenomena of entertainment. One is an attribute, that tells us and others that this activity, work, or interaction holds our attention and brings something into our lives. One is its own phenomena; that says we've extrapolated the attribute of being entertaining into its own noun and created this Thing which we seek out instead of thinking about the material thing that we're actually doing or watching or reading. For me, entertainment amounts to what I do in order to distract myself from what matters. I'm fine with something being entertaining, or sitting there being entertained while doing or experiencing something, but I'm very cautious about something that exists almost purely in my mind to distract me or hold my attention. This is not to say that Twitter or Mastodon are products of pure entertainment; they're very valuable communications tools. For me, the phenomena was that they were entertainment and they served that purpose of distraction.

I'm not sure about you, but I don't want to turn around in a few years, reflect on what I did with my time and come up with the answer of "Oh, I consumed entertainment".

Quietness is my new favourite thing

Linked to the above, I spend a lot more of my time in quiet these days. Previously I used to consume podcasts in the evening, and have a selection of YouTube channells I would enjoy checking up on. I still do, but now my actual hunger for these things has decreased significantly. I don't feel the urge to consume content as I get the opportunity these days, and while I definitely still enjoy listening to podcasts about various topics or watching YouTube videos or reading satire on the web; these things have fallen into a "natural" rhythm rather than being a relatively constant demand or hunger in my mind.

Since locking myself out of Twitter, I've not logged into Mastodon either (sorry fediverse! You're still my favourite), only visited YouTube once a day and usually to retrieve some specific information (usually around propagating a plant cutting), and barely read any web articles during the work day. It's almost like what happened when I started fasting in the mornings, and my body just started telling me what its actual needs and desires were rather than the holding pattern firing constantly.

I've still got a way to go with curating my input and determining what I'm doing purely to entertain myself rather than fulfill myself. But I'm a lot happier in the quiet now.

I… I don't think I'll go back. One thing Twitter was useful for was keeping up with world events because of the trending hashtag system. I'm pretty sure I can find a workaround for that somewhere. I will maintain my Twitter account but treat it as a bot (I may actually rename it to Marshallbot) which just posts my content from Brimstone.

I was using the direct messaging feature in Twitter somewhat at the end, so I think I'll use the api to wire them into Brimstone's inbox (which I promise I will finish at some point!) and outbox so that people can actually get in touch with me if they need to.

Hi Twitter, please be informed that I am no longer logging in so I will not see replies or messages, and haven't for some time. All my tweets are automatically posted via my blog. I'm basically a bot now.

Nothing to see here, just a reminder that The Guardian is liberal trash and not your ally

Regular reminder that liberalism is not equipped to deal with fascism. When confronted with forced mass sterilisation its response is "the way they're doing it is sexist and inefficient!" 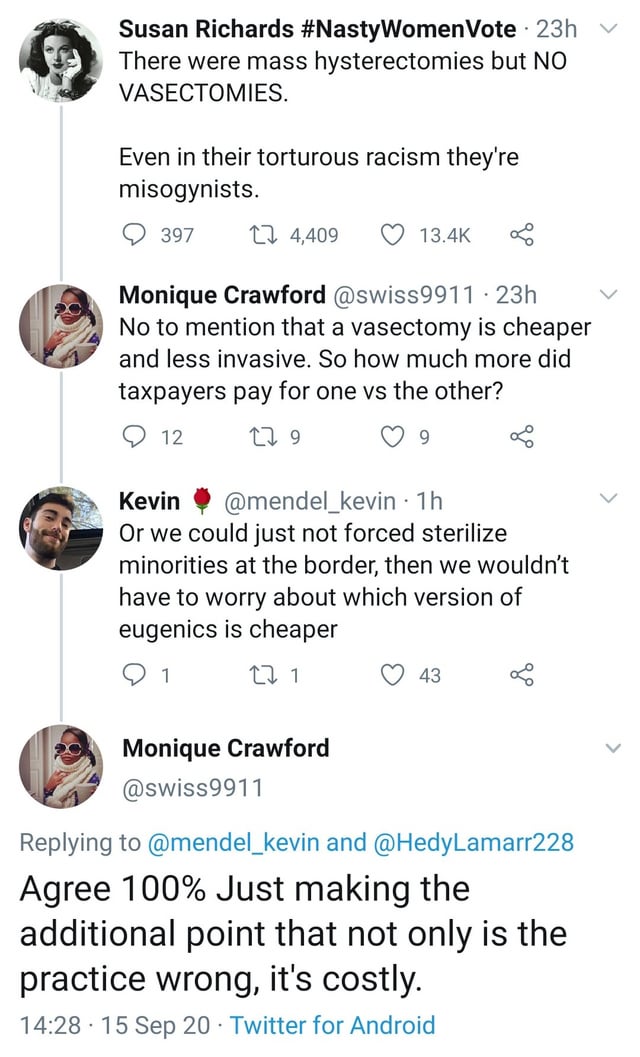